“Recall Walter Benjamin’s notion of revolution as redemption-through-repetition of the past: apropos the French Revolution, the task of a genuine Marxist historiography is not to describe events the way they really were (and to explain how these events generated the ideological illusions that accompanied them); the task is rather to unearth the hidden potentiality (the utopian emancipatory potential) which was betrayed in the actuality of revolution and in its final outcome (the rise of utilitarian market capitalism). Marx’s point is not primarily to make fun of the Jacobin’s revolutionary enthusiasm, to show how their high-flown emancipatory rhetoric was just a means used by the historical “cunning of reason” to establish the vulgar reality of commercial capitalism; it is, rather, to explain how these radical-emancipatory potentials continue to “insist” as types of historical specters which haunt the revolutionary memory, demanding their enactment, such that the later proletarian revolution should also redeem (or put to rest) these ghosts of the past. These alternate versions of the past persisting in a spectral form constitutes the ontological “openness” of the historical process….” (Žižek, pg 84, Living in the End Times)

Below are images from Anselm Kiefer’s The Women of the Revolution, an installation at Mass Moca comprised of more than twenty lead beads with photographs and wall text. Each bed is labeled to represent a specific woman – Kiefer took inspiration from Jules Michelet’s 1854 study, Les Femmes de la Révolution, which chronicles the lives of specific women who, in their uncompromising willingness to pursue democratic values, played an important role in the French Revolution.
The beds seem to conjure presences – spirits. The bed – a space of healing, of illness, of sleep, of dreams. To access the space of dream is to search for a hidden potential to recover. We can study what these women did in actuality, but our hope of renewal lies in our ability to imagine what these women dreamed. Is there an openness to these spectral presences? 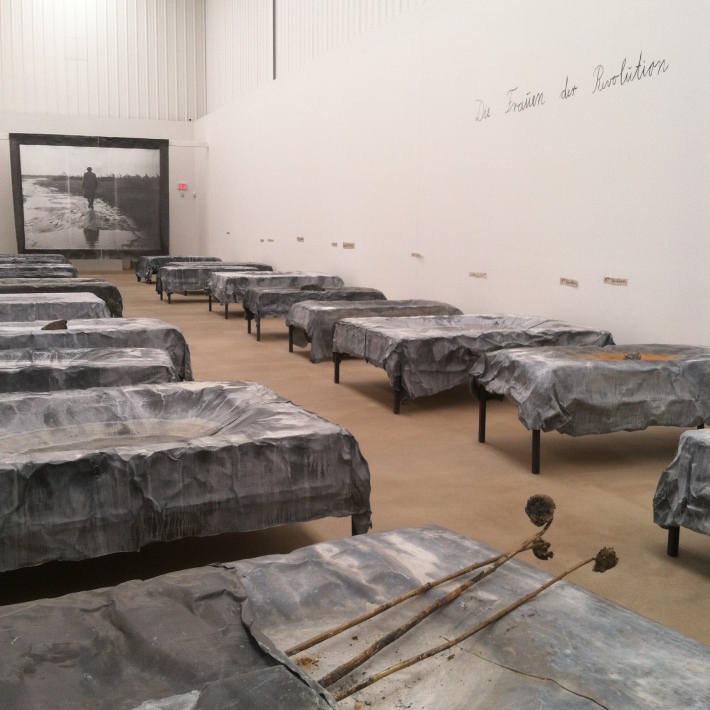 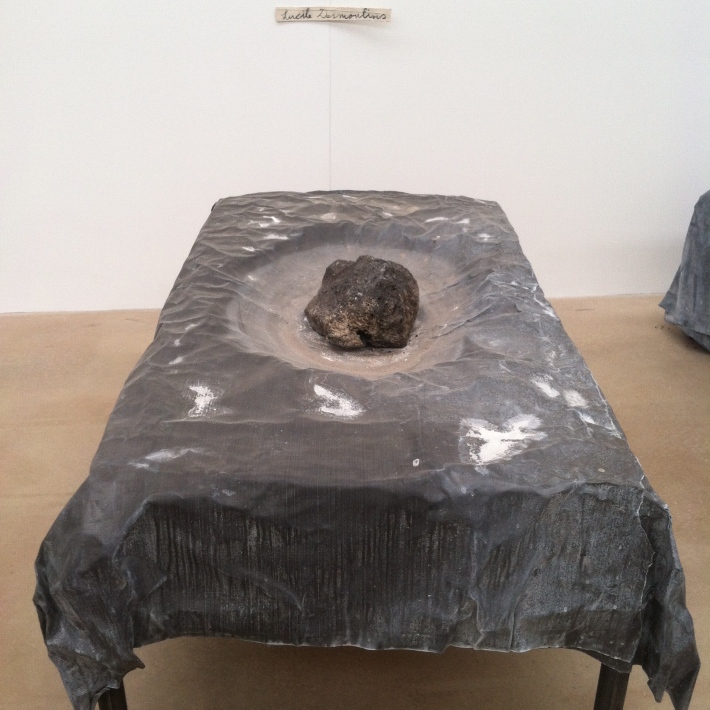 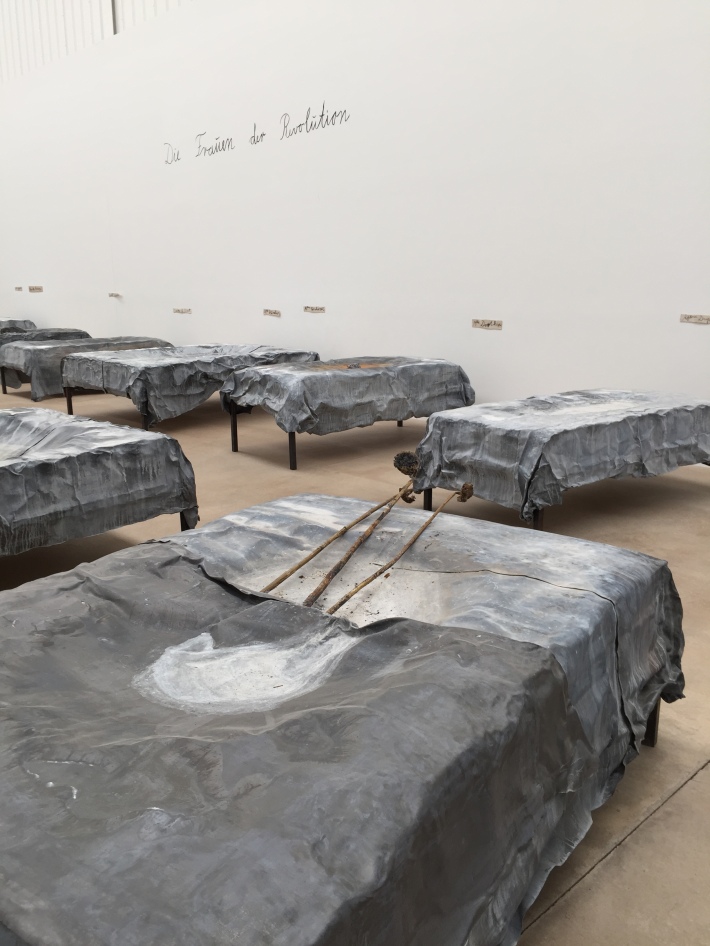 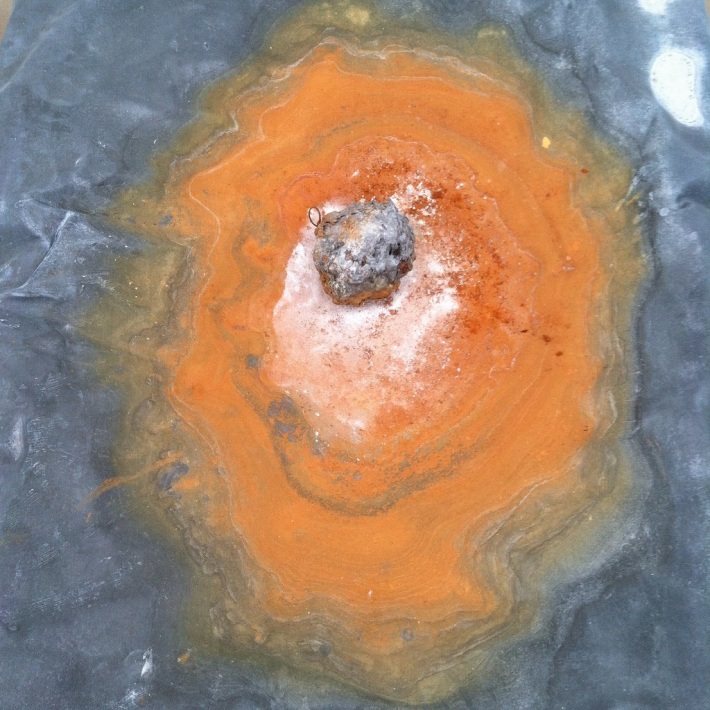 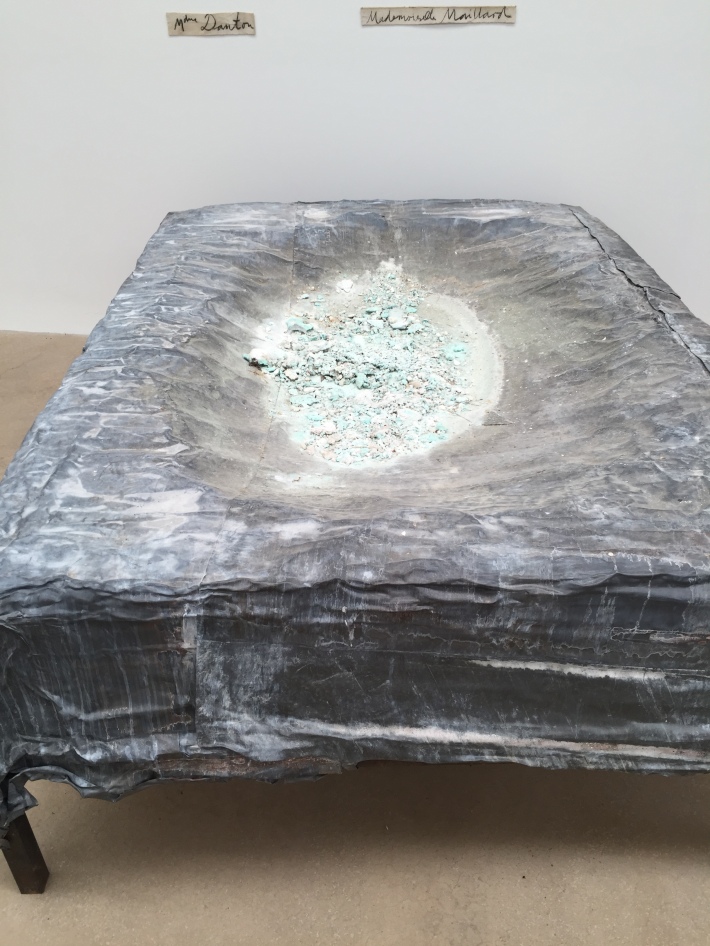 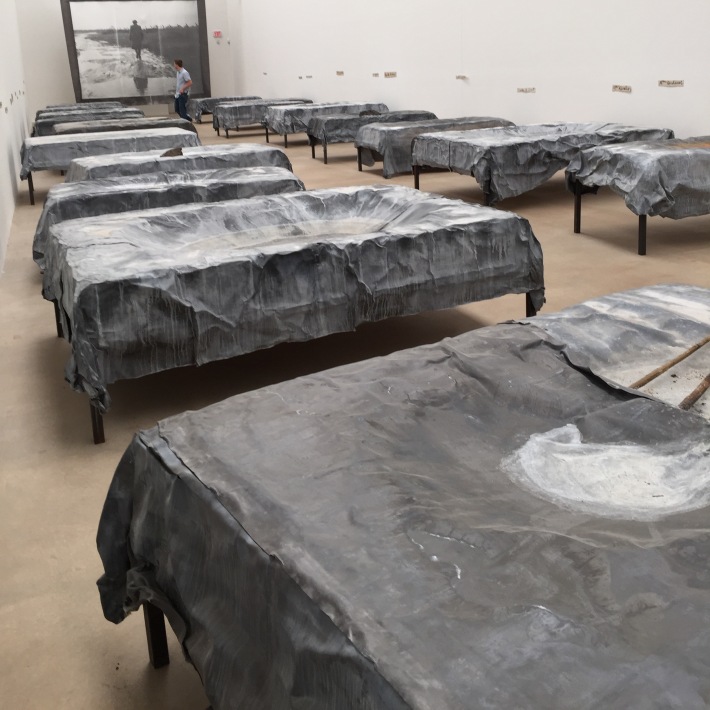