Vincent’s view from the window at the asylum of St. Paul

This group of paintings  were painted during Vincent’s stay in the asylum of St. Paul in Saint-Rémy in 1889.  St. Paul began as an Augustine monastery in the 12th century, but was converted into an asylum in the 19th century. During Vincent’s stay, there was a significant storm, which was his inspiration for the painting of rain over the enclosed field.

These paintings were the view from Vincent’s window, which was barred – Vincent chose to paint the scenes without bars. The diagonal line in the foreground of the field is the line where the asylum inmates were marched daily through the field.

During his stay at the asylum Vincent suffered periodic illness in which he was incapable of painting. When he was well enough to begin again, painting became intensely meaningful.

Since I’ve been here, there’s been enough work for me to do, what with the neglected garden with its tall pines and long, unkempt grass mixed with all sorts of weeds, and I haven’t even been outside.

However, the countryside around St. Rémy is very beautiful, and little by little I shall probably make a few short trips.

But while I stay here, the doctor is of course in a better position to see what is wrong, and will have his mind set at rest, I hope, about what he can let me paint.

I assure you that I am all right here, and that for the time being I see no reason at all to take lodgings in or around Paris. I have a small room with greenish-grey paper and two sea-green curtains with a design of very pale roses, brightened with touches of blood red.

These curtains, probably the legacy of some deceased and ruined rich person, are very pretty in design. A very worn armchair, probably from the same source, is covered with a tapestry speckled like a Diaz or a Monticelli in brown, red, pink, white, cream, black, forget-me-not blue and bottle green. Through the iron-barred window I can see an enclosed square of wheat, a prospect like a Van Goyen, above which, in the morning, I watch the sun rise in all its glory. 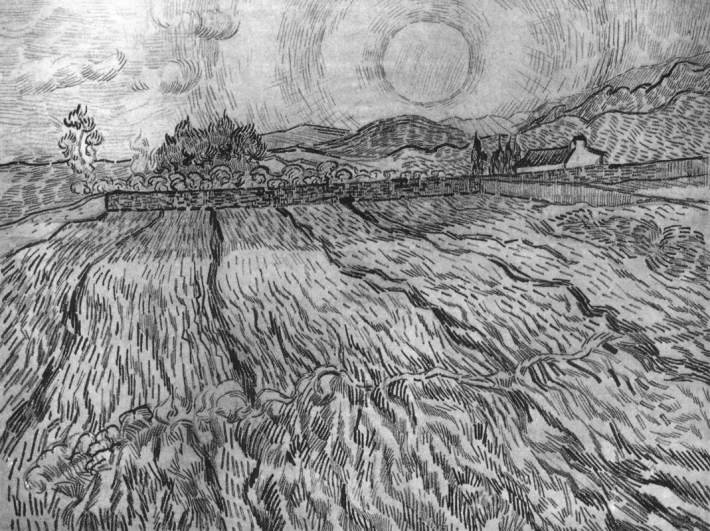 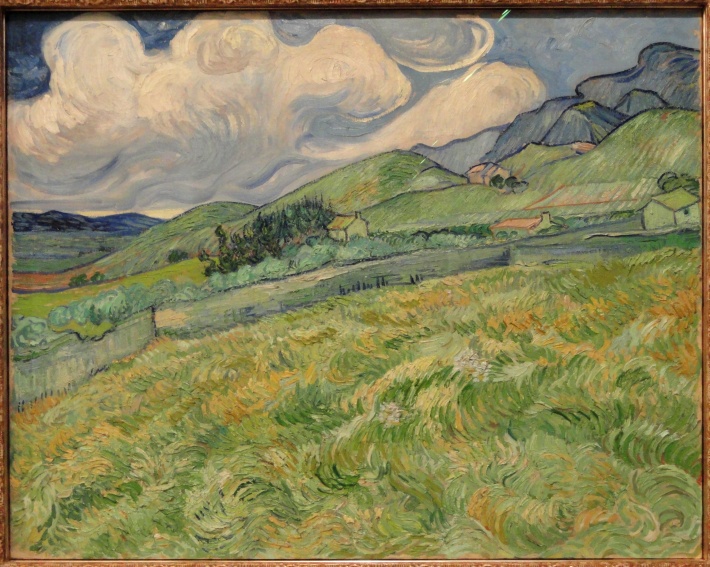 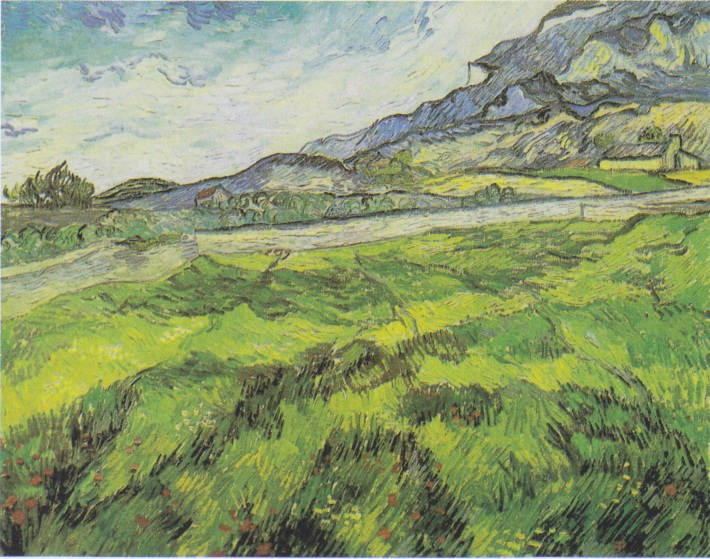