Sculpture of the Greek goddess Nike from the 2nd century BC. Also known as Winged Victory of Samothrace. The angel stands armless, headless, and seems all the more angel for it. Perhaps she has survived this long to become the form of a truth internal to it, having escaped the intentions of an initial rendering, taken flight from a previous confinement, she remains still with infinite will, captured in her curious descent, with wings forever ready, violent motion and sudden stillness meeting, a graceful balance of a moment and an eternity, the instant we observe it, we are seen, engulfed by the blind force of an angel, surrounded by a wind, arrested by the pure force of patience transcending thought. 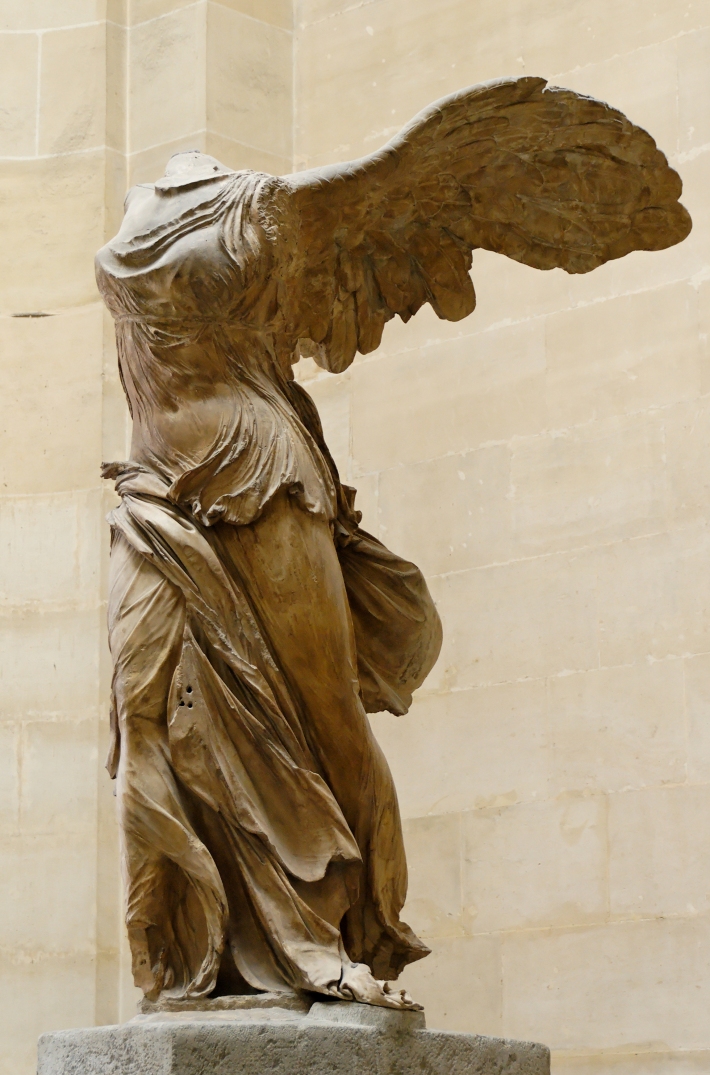 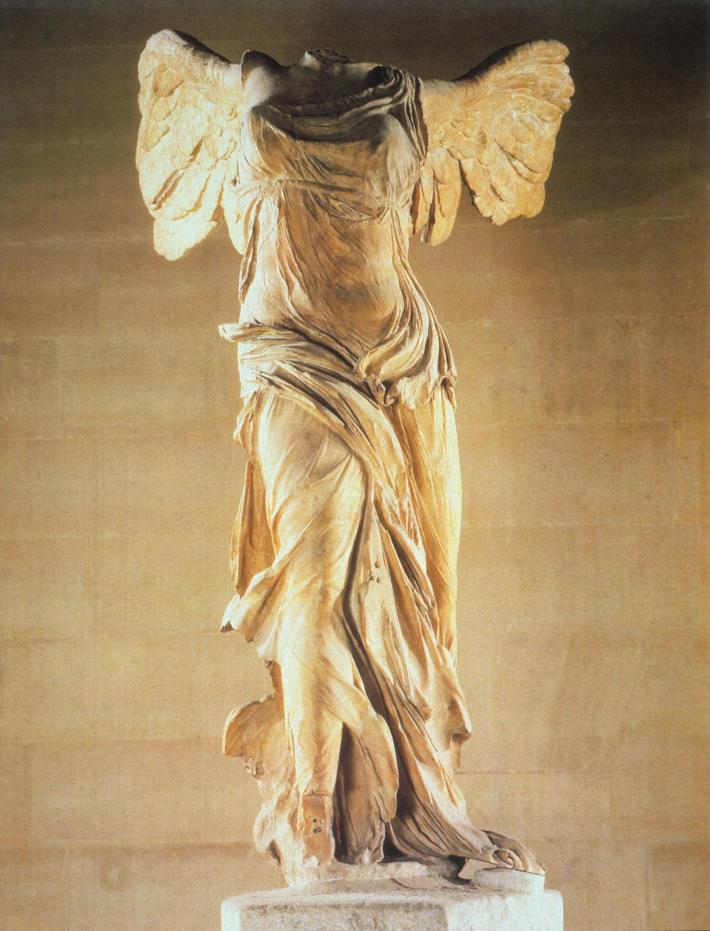 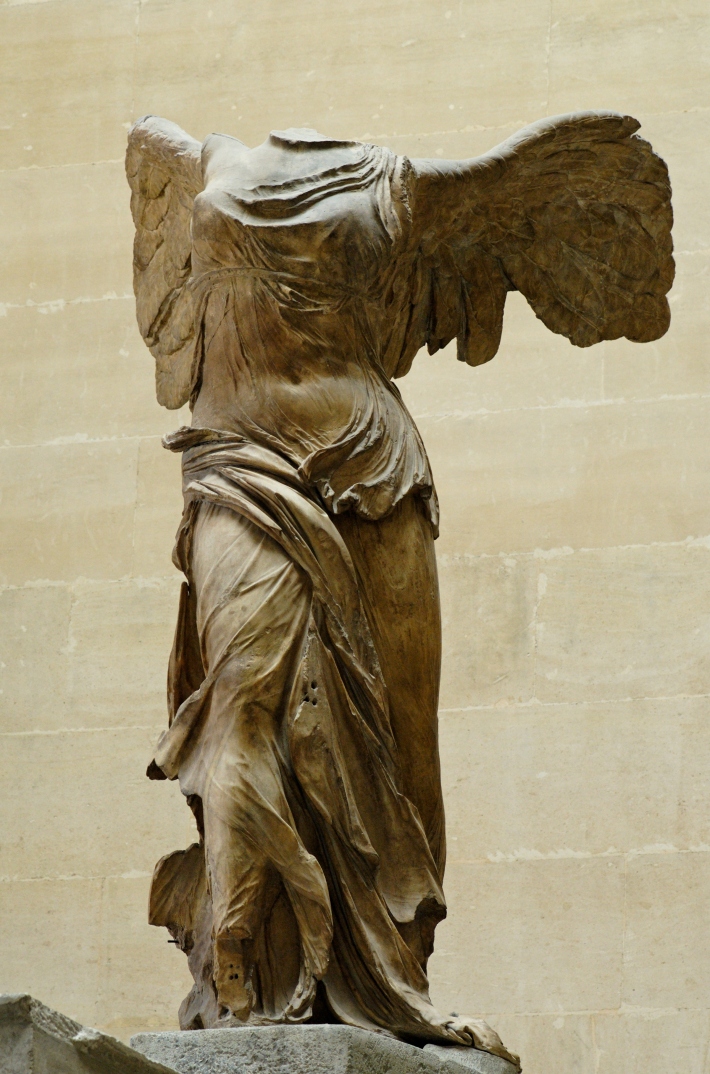 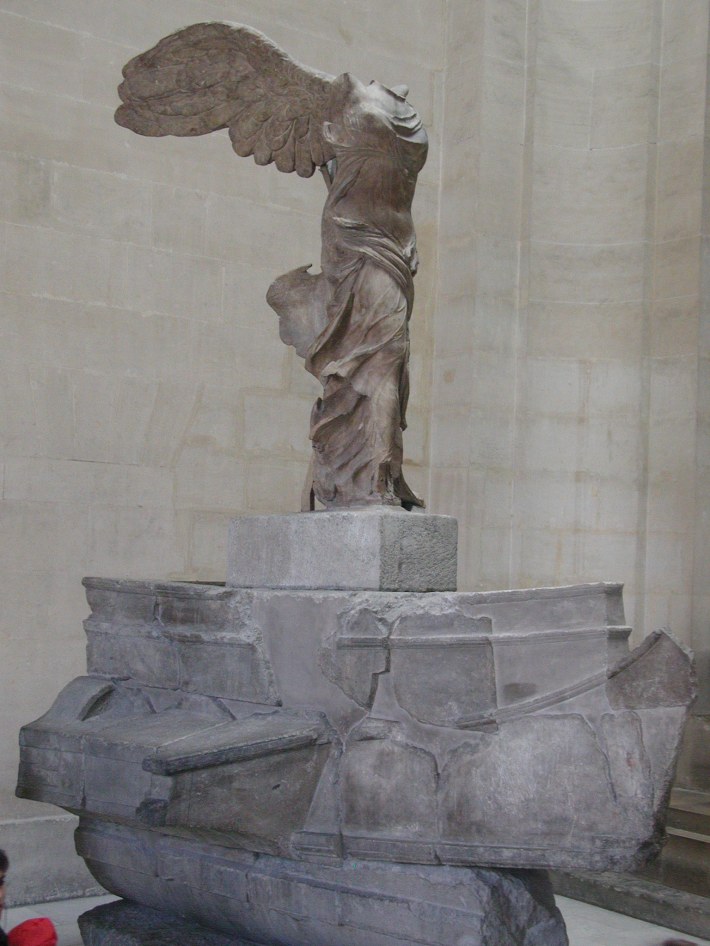 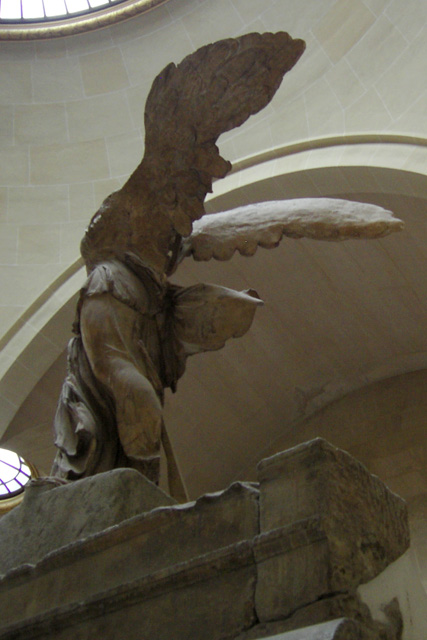 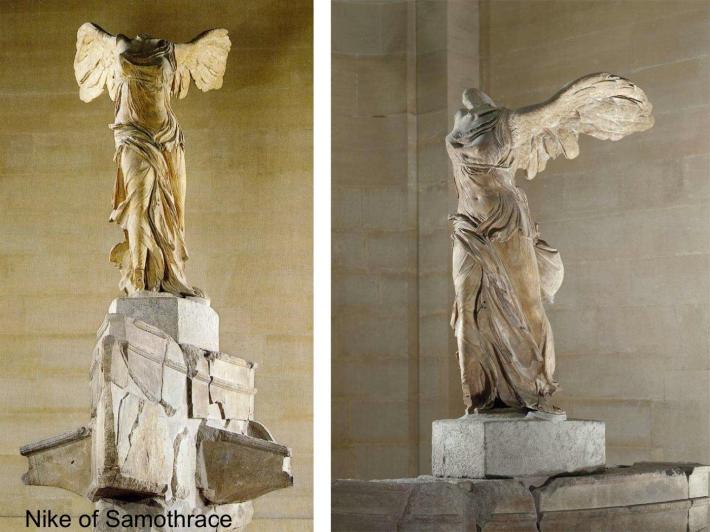